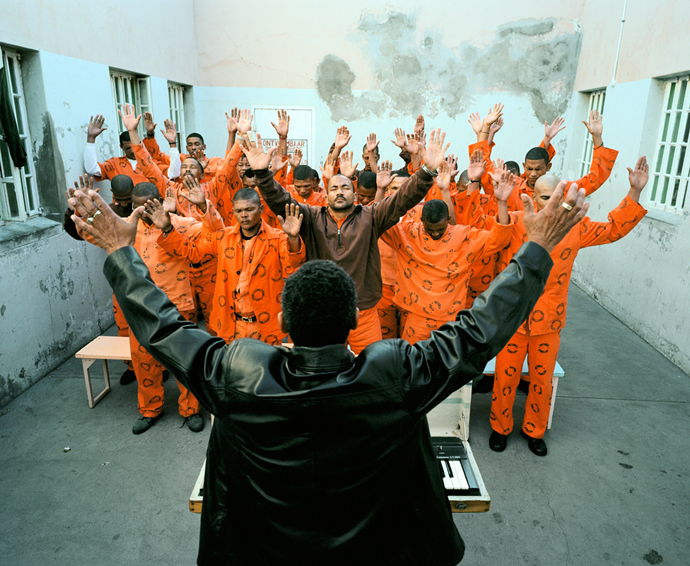 Last year I spent some time volunteering with the chaplaincy team at a local UK prison.  I often thought it would be incredibly interesting to document this photographically, but due to security constraints I didn’t even attempt to get permission.  Mikhael Subotsky’s work has got me thinking though.  The way he is amongst the prisoners and has such free reign, gives an incredible view of the prisons in South Africa.  I imagine in the UK it would be very different.

Un-sentenced prisoners sleep in an over crowded cell, Pollsmoor Maximum Security Prison.  This cell, designed for 18 prisoners, often holds up to 60 men. From the series Die Vier Hoeke  by photographer Mikhael Subotsky.

Die Vier Hoeke is prison-gang terminology which refers to the inside of South African prisons.  It translates directly to The Four Corners.  Today, South African prisons are grossly overcrowded and understaffed, and many of those incarcerated are subjected to appalling living conditions.