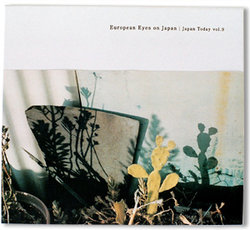 The series made from present-day images of different prefectures and local cities in Japan under the theme of “contemporary people and the way they live”, from the viewpoints of European photographers.  This was one of my proud purchases from Paris Photo this year.  I’ve had a bit of an obsession with a lot of the current photographic works coming out of Japan, so it was really interesting to see it from a European visual exploration.

I particularly like the work produced here by British photographer Stephen Gill.  He signed my book.  In our brief encounter I found him to be very gentle and humble.  I think this is reflected in the images he has produced.

“I had one idea in mind before I arrived in Japan.

who are normally awake and active in the very early hours of the morning.

I’ve always been an early bird…

I found Japan so inspiring, exciting and visually new,

I couldn’t stop taking pictures at 9:30am,

as I usually would, but kept walking all day until late afternoon.

I tried to allow the pictures to almost make

themselves as they were born out of my daily walks.

With no destination in mind, I explored,

wandered and absorbed the surface of this city,

without looking for particular subject matter.

As a result, this series broke out of the

“early bird” time parameters that I had initially

set myself and these pictures were taken during all hours.”