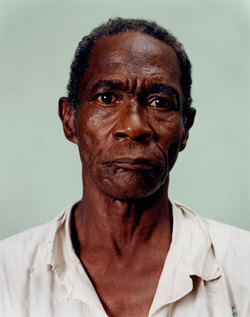 “We did an issue for Colors about psychiatric hospitals around the world, and I went to this hospital in Cuba. Access was difficult, but on the first day, when I got in I set up a little studio in the corner in one of the big rooms where whoever wanted their picture taken could have their picture taken. Soon the patients formed a line. They ranged from being seemingly fine to definitely insane. I think some of them joined in because their friends were doing it, or just because there was a line. Others knew exactly what was going on.”