“Every war leaves traces, deep scars in the land and the people, visible and invisible…”

I recently came across this series by Nathalie Mohadjer – ‘Past, Present & Future’ 2007 – and I was reminded that this time last year, I spent some time in Croatia in the border town of Slavonski Brod.  On one occasion I took a trip over the river to Bosnia.  There was a marked difference in environment and atmosphere from simply crossing the bridge.  The scars of war were considerably more evident on the Bosnian side of the river.  These images of youths have a dignity about them, a proud reminder of individuals affected by war.

“Every war leaves traces, deep scars in the land and the people, visible and invisible.  The photographic portraits of Bosnian youths in refugee camps and orphanages made in their personal rooms point to historical wounds…but they also point to the future, to that which comes afterwards, which these kids are creating for themselves.

The photographs show young women and men in their current environments and with the few objects that they possess. The emptiness around them and the utter impossibility of their situations are however very present and emotionally charged.”

“We, the Roma, are neither in the sky, nor on the earth.” 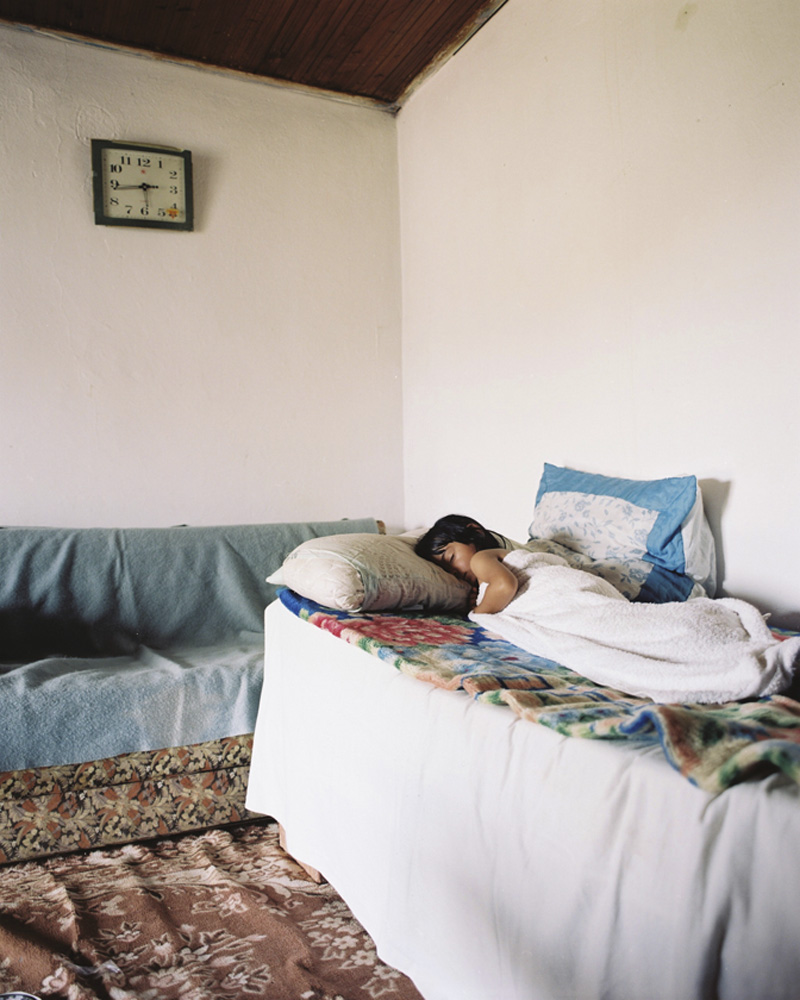 Mahala Kosovo began in 2008 as an on going project for Nathalie Mohadjer about the life of the Roma Minority in Kosovo.

“We, the Roma, are neither in the sky, nor on the earth.”