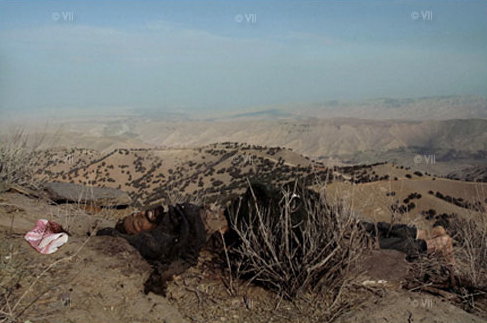 After pioneering the launch of the VII Photo Agency in September 2001, Gary Knight followed the development of events in Iraq, Pakistan and Afghanistan. He was one of only a few non-embedded photographers covering the invasion of Iraq alongside the U.S. Marines.

His work has been widely published by magazines all over the world, exhibited globally, is in the collections of several museums and private collectors and has been the recipient of numerous high profile awards. Knight has initiated a broad education programme with Universities and NGO’s worldwide principally focused on educating young people from developing economies.

There are some incredibly challenging images in his portfolio, its not easy to view.  I’ve not met Gary Knight, nor do I know much about him, but I would like to shake his hand for being one of the few photographers I’ve come across who pictures the world with gut wrenching journalistic images but then actually does something practical to help.  Rather than the countless observers who take their winning shot and then walk away.